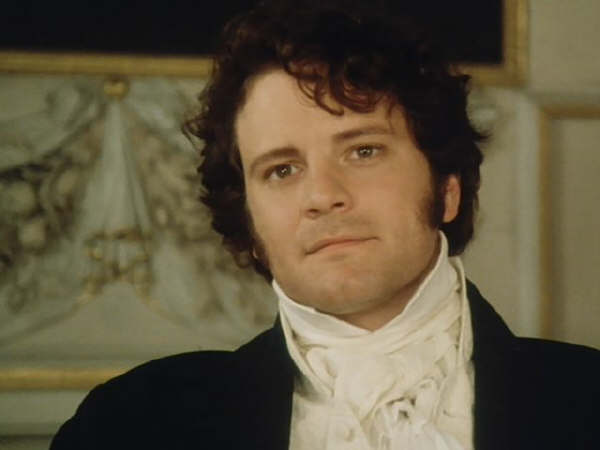 THE LOOK Fitzwilliam Darcy in Pride and Prejudice

For those who don't know:

I'm a Colin Firth-Addict. I adore his acting, the way he transmittes emotions just through his bodylanguage and his most expressive eyes. Really amazing! In my humble opinion no reasonable and sensible woman can actually stay calm with his performance. To be swept off your feet is just inevitable and nothing but a logical consequence!!! (Maybe I'm exaggerating ...just a VERY little.... but who cares? I for my part certainly not. *lol*)

He didn't get the attention he deserved. (Maybe because he is a really private person who shields his private life as much as he can.) I'm positive that will change now with his wonderful appearances in the future.

I truly recommend to those of you who are puzzeled about all this to watch (for a start) the mini-series Pride and Prejudice (BBC, 1995), Bridget Jones's Diary (2001, the sequel is due in summer 2004), The Advocat (former: The Hour of The Pig, a real killer for lawyers like me!!), The Importance of Being Earnest (adaption of the Oscar Wilde play, brilliant!!) and do read his short story in Nick Hornby's "Speaking with the Angel" which was published to gain money for a British School for autistic children. (You can see his filmography and my comments on his movies on my Colin Firth Movie Page .) 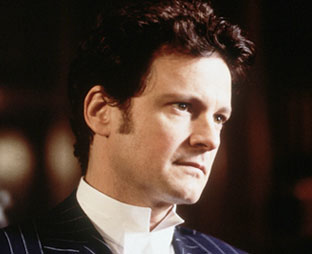 Colin (ODB = Our Dear Boy) always tries to use his popularity to support charity. He actually managed to get a London cinema to do a charitiy screening of Love Actually to support Survival International (the only international organisation who supports tribal people all over the world to prevent more genocide, land thefts and so on). He is also an active member of Trade Fair.

Colin and his wife now turned producer for a documentary with Amnesty International about the imprisoned political activist and former Black Panther member, Mumia Abu-Jamal, who's death sentence for killing a police officer was overturned in 2001 due to errors made during his original 1982 sentencing hearing. It is called "In Prison My Whole Life". See imdb.com for further details.
Marc Evans with whom ODB made "Master of the Moor" and "Trauma", wrote, co-produced and directed it.

If you want to know more about his life and everything I recommend the following websites: 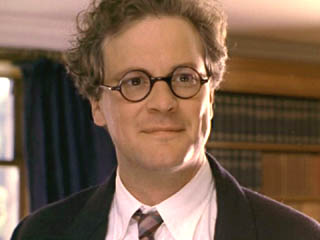 Edward Pettigrew in My Life so Far

Sites were you can shamelessly swoon and sigh and talk about your obsession:

Firthlist (Yahoo Group, international, you need to be a member here, also)

Some brilliant fansites (in alphabetical order), more to come soon:

Diane's Fansite Probably Firthfan No. 1! So dedicated and such a fantastic site! Slideshows, masses of information!

To hear a live interview, click here: Fresh Air (Colin reads also from his short story "The Appartment of Nothing")                You will need Real Player for this. 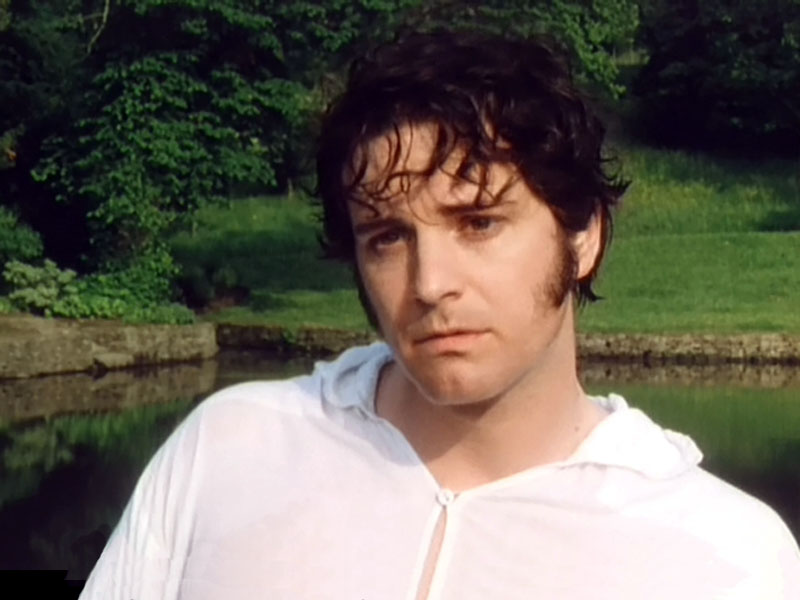 Yes, Emiliana! This is for you! Colin looking embarrassed, sooooo cute!

back to my index-page; sorry, it's still mostly in German

My report about the  Love Actually Premiere in Munich

A very special auction at ebay

In case of any violation of copyrights I ask the owner of these rights to contact me and I will remove the file concerned immediately.